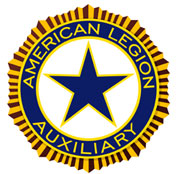 Membership in the American Legion Auxiliary is open to mothers, wives, daughters, sisters, granddaughters, great-granddaughters, and grandmothers of all men and women who were in the Armed Forces of the United States during any of the following periods: April 6, 1917 to November 11, 1918; December 7,1941 to December 31,1946; June 25, 1950 to January 31, 1955; February 28, 1961 to May 7, 1975; August 24,1982 to July 31, 1984; December 20, 1989 to January 31, 1990; August 2, 1990 to the date of cessation of hostilities as determined by the Government of the United States, all dates inclusive, or who, being a citizen of the Unites States at the time of their entry therein, served on active duty in the armed forces of any of the governments associated with the United States during any of the said periods, and died in the line of duty or after honorable discharge; and to those women who of their own right are eligible for membership in the American Legion.

For information about joining the AUXILIARY

The Auxiliary meets the 4th Wednesdays in September, March, and June. The meetings are held in the afternoon. The December meeting is held on the 2nd Monday of the Month at 7:30pm with the American Legion.

Q: I am related to someone who served on active duty during one of the membership eligibilty dates. Can I join the Auxiliary of The American Legion?

Click on for http://www.legion.org for online details.
Copyright © 1996 - 2004 by The American Legion- All Rights Reserved